Join the Chivalry 2 Alpha Round 11 on Xbox One and Xbox Series X|S!

The Chivalry 2 Alpha will be available to Xbox Insiders on Xbox One and Xbox Series S|X (via backwards compatibility) starting Tuesday, February 23 at 10 a.m. PST (6 PM GMT). Early sign-up is available now in the Xbox Insider app. Limited space is available and offered first-come first-served.

Chivalry 2 is a multiplayer first person slasher inspired by epic medieval movie battles. Players are thrust into the action of every iconic moment of the era – from clashing swords, to storms of flaming arrows, to sprawling castle sieges and more.

This time-limited test is referred to as Alpha Round 11, during which Xbox One players can join PC players using Cross-Play! In addition to the Xbox One, the Chivalry 2 Alpha is available on Xbox Series X|S consoles via backwards compatibility but does not contain any Xbox Series X|S enhancements at this time.

This Alpha Round includes two epic Team Objective mode maps (Dark Forest and Rudhelm), where attackers push through a sprawling battle towards a thrilling climax – and defenders try to stop them! Plus, sharpen your skills in competitive Team Deathmatch maps Wardenglade and Tournament Grounds.

Character Customization is available for the first time to all Alpha Testers. New controller layout and aim assist improvements for your Xbox One and Xbox Series X|S controller gives players a superior medieval combat experience.

Note: this round of testing will focus on the Xbox One, Xbox Series X|S (via backwards compatibility only) and PC, available to North American and European players. This round is also limited to 48 players maximum per matchmaking server – however, the game at launch will feature 64 players. There will be future tests involving other platforms as well. As Chivalry 2 is a fully cross-play title, it’s important to stage each phase of testing accordingly. PC players can apply separately at chivalry2.com/alpha.

Download it once: You can update the existing client for any applicable future Alpha Tests and then launch without having to redownload the game. 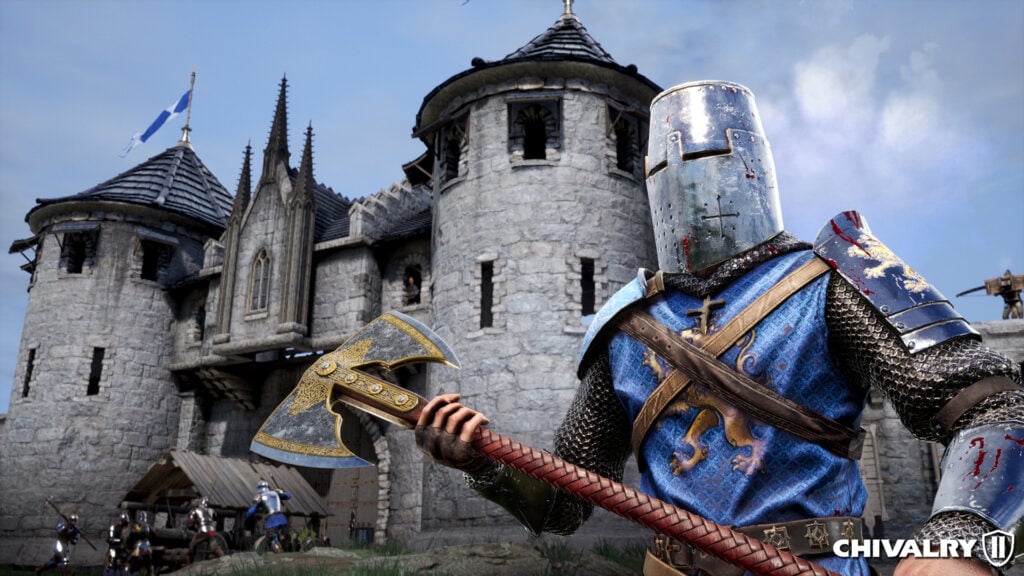 Remember:  By joining this playtest you are agreeing to the Xbox Insider Terms of Service including a non-sharing agreement. For the Chivalry 2 Alpha we require that all players follow those instructions:

For more information regarding the Xbox Insider Program follow us on Twitter and join the community subreddit for support and updates.

For more information about Chivalry 2 visit the game’s official website at chivalry2.com.

You can also follow these official Chivalry 2 accounts for sneak peeks and details: